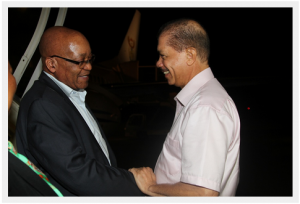 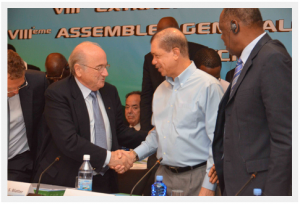 President James Michel, President of the Republic of Seychelles, visited Eden Island on Thursday 6 December 2012. He was hosted by Craig Heeger, Chairman of the Board of Eden Island. The President visited Eden House, the Clubhouse, Apartments and Villas, beaches, and the Retail Centre which will be opened by vice President Danny Faure on Tues 11 Dec 2012. The President was delighted with progress achieved since his last visit in October 2010, and remarked on the hugely impressive quality achieved. He was particularly impressed with the lush landscaping and the abundance of fruit-bearing trees on Eden Island.